Reconciling with the past: Meet Lungi, one of our young residents 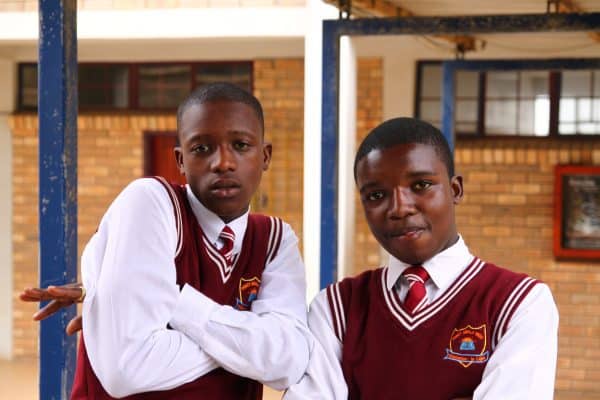 Lungi is a 16-year-old boy who has been in care for two years. He is an orphan and was in foster care before coming to GBTSA. His behaviour changed as he entered adolescence. His relationship with his foster family and his teachers had been good but a distance opened up between him and his foster family. The family could not understand what was happening and found it hard to manage Lungi’s behaviour, so they sought the assistance of a social worker.

The external social worker reported that the relationship with the foster family was irreparable. She followed legal processes to have Lungi declared a child in need of care and protection and had him placed in our care.

Although Lungi had many positive attributes, he struggled to express his emotions. He had very limited knowledge of his biological family and the perceived rejection by his foster family was difficult to deal with. But, over time, he was matched with a host family with whom he began to spend school holidays and long weekends. His host mother indicated that she was prepared to formalise the hosting arrangement and become his foster mother.  Sadly, while this was in process she passed away. For Lungi, this rekindled all the pain he had experienced in the course of his life. Lungi had made good progress, but it was apparent that he did not have closure, particularly in relation to his father’s death.

He began to open up to his social worker and expressed the need to visit his father’s grave. The social worker did extensive work to trace the grave, prepared Lungi and accompanied him to the grave earlier this year. Lungi felt a sense of relief and release after visiting the grave and now wants to get a tombstone made as there is nothing to show who is buried there.

After this, Lungi started talking to his social worker about the possibility of seeing his former foster family whom he had not seen since he came to our care. He and the social worker then visited the former foster family and the foster mother was excited to see him. Her daughter who had been very involved with Lungi when he was in their care, joined the visit and told the care worker she would like to adopt Lungi. She said she wanted a son and already knew Lungi. Lungi was present for some of the discussion, but then left to see his old friends. While outside, he saw an acquaintance of his father, who told him she had contact details for his paternal family in Lesotho.

The care worker is reviewing all these developments with the social worker and they are looking at a plan for the future. The former foster family has said that Lungi is more than welcome to return to their home: it is up to Lungi to decide. The good thing is that there is progress for this young man – he has potential and now he has hope.